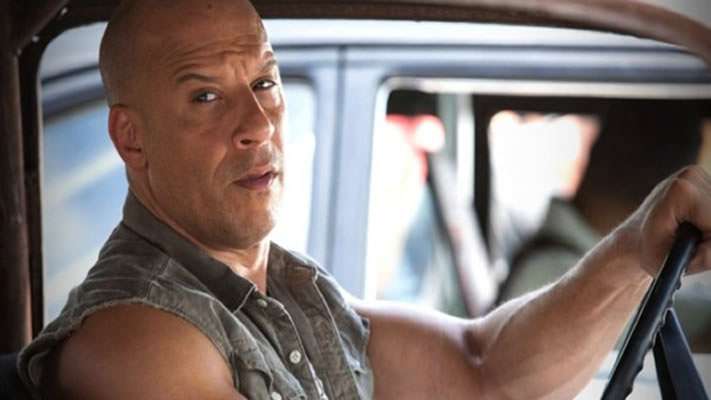 Right now, under the strictest measures of security, writer/director James Cameron is making the sequels to his record breaking opus Avatar, in anticipation of the releasing the first follow up at the end of next year. And while taking a break from the rigors of that gargantuan task, Cameron decided to record a short video on set with a new friend, Fast and Furious lead and celebrity uber-nerd Vin Diesel. But, wait a second, could this mean that Diesel has joined the ranks of the cast for this big ticket event franchise?

This prospect seems to be pretty likely from where we’re standing, as this feels like one of the only reasons that the stereotypically cryptic James Cameron would even let Vin Diesel glimpse at what he considers top secret materials of a sensitive nature. Sure, there’s a possibility that Diesel and Cameron are mutual fans of each others’ work and just wanted to hang out, but this doesn’t seem like the kind of place to do that unless some sort of Avatar business was involved.

In addition to that speculation, and between the lighthearted joking and friendly patter shown on display between the two titans, there were some choice remarks made by Vin Diesel that have us questioning if some sort of big announcement is coming our way in the future.

Specifically, Diesel said the following, which set off alarm bells in our heads:

"It’s long overdue. There is one person in Hollywood I’ve always wanted to work with, and learn from. … All things come, I guess, to those who wait."

Cue some shenanigans with funny voices and references to Kung Fu, and you’ve got a perfect recipe for a cute viral video that could lead to a lot more if the implications are correct. But there’s another interesting point to make, as this Instagram post’s contents snuck in one more potential bit of news.

Right at the beginning of the video, James Cameron announced that he and Vin Diesel were on the set of “Avatars 2, 3, 4, & 5,” which is interesting considering those last two sequels don't have an official green light just yet. While this doesn’t particularly mean anything, seeing as how Cameron is probably more than optimistic he’ll get those last two films off the ground, it wouldn’t be surprising if that was another featured bit of news coming down the pike in the near future.

With the Disney/Fox merger now complete, and the Aliens filmmaker more than entrenched with both halves of that corporate cookie, this new alliance could be the moment everyone was waiting for before pulling the trigger on Jake Sully’s continuing adventures. And with new sequels come new cast members to help flesh out the 5 film story James Cameron has planned.

Now we must remind you dear Avatar fans that this isn’t an official announcement of any sort of partnership or deal for Vin Diesel to join on for Avatar 2-5, or that the entries 4 and 5 are confirmed to be officially in the works. Hell, we can’t even tell you if the titles that supposedly leaked are legit or not. All we can say is that Diesel has been spotted on the set with James Cameron, and it really sounds like the two are thick as thieves, plotting an otherworldly adventure that could change the movie world again.

What we can tell also you, among other things, is that Avatar 2 is scheduled for release on December 18, 2020; and that you can visit the attraction Pandora – The World of Avatar at Walt Disney World’s Animal Kingdom. Which will probably be super easy to access once that other big Disney Parks attraction opens at various periods this year.