Godzilla: King Of The Monsters’ Kyle Chandler Loved All The Green Screen Work 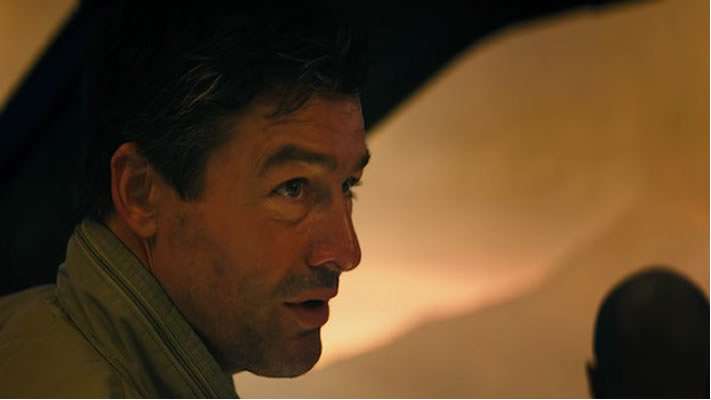 When you think of movie monsters, there are none quite as massive (literally) as Godzilla. The titan has enthralled generations of moviegoers, appearing in countless live-action adaptations. The big guy is getting extra attention over the last few years, as the MonsterVerse puts Godzilla front and center. Following the release of Kong: Skull Island, the cinematic universe will introduce a ton of Godzilla monsters, who will go to battle with the franchise protagonist in Godzilla: King of the Monsters.

Giant monster movies obviously require a ton of visual affects, so actors must act with/in front of massive green screens. But there's also a push to include more practical sets and effects for major blockbusters, citing the difference it makes for performers. Kyle Chandler is starring in Godzilla: King of the Monsters, and previously worked in the genre with 2005's King Kong.

Chandler recently expressed how he enjoys the challenge that comes with extensive green screen work, saying:

"I mean, you know a big film like this, there's the challenge of all the green screen, which I did in King Kong, but this is more extensive. And the deal with that is it's fun because a lot of people say 'Isn't that hard, because there's nothing there?' But the fact is everything's there, and it's yours. You're creating what's there and that's sort of enjoyable. And when you're working with it, or running through it or jumping over it, it doesn't matter what you see or what is. They put something there for you so it's sorta fun to jump over something and wonder 'I wonder what I'm gonna see in the film. Is it ice or a bullet or, what have you.' And then the idea of this will be international, so for me as an actor that's something new as well. To be seen by crowds I haven't been seen by before, so that's a good positive right there."

It looks like Kyle Chandler's love for green screen work is two fold. One one hand, it gives the actor the chance to really exercise his imagination and create a brand new world from scratch. And he also get to watch the finished product with as much wonder as audiences, because he has no clue how the movie will end up looking.

Kyle Chandler's comments from the set of Godzilla: King of the Monsters (via Comic Book) may surprise cinephiles who prefer more practical sets and effects. Too much green screen has been a point of contention in movies like the Star Warsprequel trilogy, with the current trilogy using far more practical means to film. But Chandler seems to enjoy working with extensive green screens. And with projects as massive as Godzilla and King Kong, there's really no other choice.

In Godzilla: King of the Monsters, Kyle Chandler will play Dr. Mark Russell. An animal behavior specialist and the father of Millie Bobby Brown's Madison, he'll play an instrumental role in understanding the massive monsters that occupy the blockbuster. And there's going to be plenty of them.